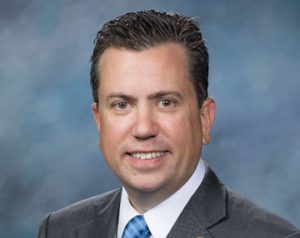 Dan Boren is the President of Corporate Development for the Chickasaw Nation. Based in Oklahoma, Dan helps to drive the Nation’s business diversification strategy. In his capacity, Dan serves on numerous boards within the Nation that cut across the technology, health, financial services and energy sectors.

Before joining the Nation, Dan represented Oklahoma’s 2nd Congressional District in the U.S. House of Representatives for four terms before retiring in 2013.

While in Congress, Dan played a leadership role on Native American issues, serving as the Ranking Member of the House Natural Resources Committee’s Subcommittee on Indian Affairs. Dan helped shape key national economic recovery policies as a member of the House Financial Services Committee. Dan also served on the House Armed Services Committee and House Select Committee on Intelligence and earned a reputation for being able to work with members of both parties to pass laws that strengthened U.S. defense and national security.

Before election to Congress in 2004, Dan served in the Oklahoma House of Representatives and was the first freshman state lawmaker ever to be elected as Caucus Chairman.

Dan earned his B.S. in Economics at Texas Christian University and a M.B.A. in International Business from the University of Oklahoma.  Dan currently resides in Edmond, OK with his wife, Andrea, and their two children, Janna and Hunter.