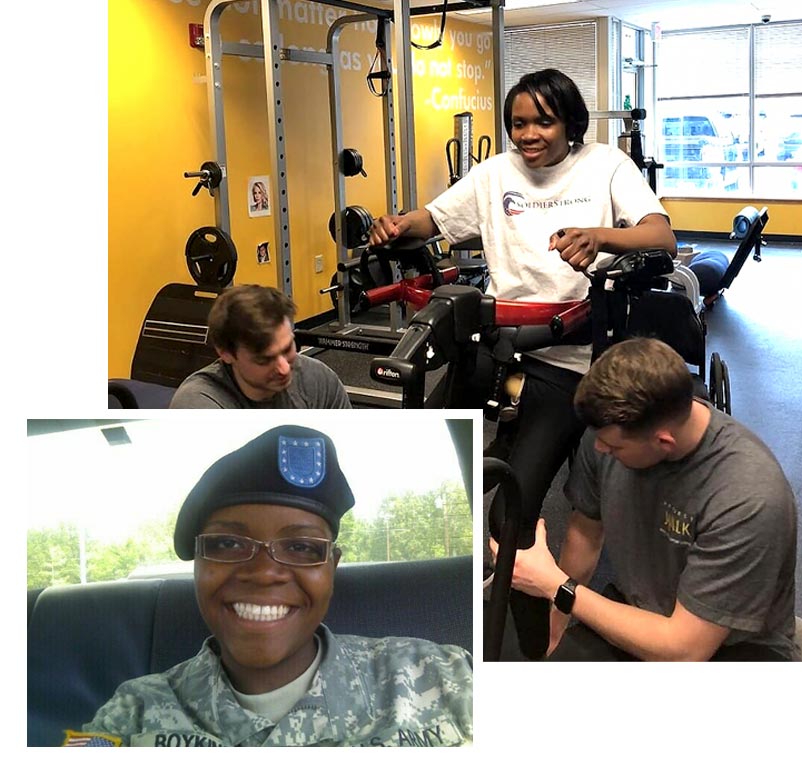 Gabrielle Boykins, a 31-year-old Army Veteran was paralyzed from the waist down. On the night of June 24, 2012, she was driving home to care for her disabled brother as she had been doing for 10 months to the exact day. She never made it home that night. She awakened almost a month later from a coma to be told she was involved in a rollover motor vehicle accident resulting in the breaking of C5,C6,T7,T8,T9 and leaving her with a Traumatic brain injury.

Boykins was hospitalized for 4 months and underwent inpatient therapy. The day before she left the hospital her mother, who served 32 years active duty, found out that Tricare, Gabrielle’s military insurance, dropped her because she had been discharged without any notification while she was in a month-long coma. Her mother had to fight tooth and nail to get Tricare to pay $3 million in hospital bills. That day her fight for recovery truly began.

Upon leaving the hospital she got her affairs in order to get her care and therapy provided by the VA since she was a veteran. They took over her health care 100% but as far as intensive therapy was concerned, not so much. Gabrielle was told there were limited resources for neurological intensive therapy because it’s such a complex specialty.

Eleven months post injury, she was shopping one day and sparked a conversation with a woman talking about her 40-year-old friend who had been paralyzed since she was 3 years old and was now walking assisted with a walker because she attended an intense rehab called “Project Walk Atlanta”. As soon as she could get to her computer she put in her application. Gabrielle didn’t care it was a 3 hour round trip with no way of getting there and back. She was determined to figure it out.

Gabrielle started her therapy program with Project Walk exactly 1-year post injury and it was the best move she made since her injury. All of her prior therapy was done in her wheelchair. That very day she learned she could initiate a step. Gabrielle went 3 days a week for 2 hours. They taught me how to sit unassisted, sit to stand, leg presses, crawl. Over the course of 2 years, she attended as much as her finances allowed.

When the opportunity came to come to Project Walk Mount Laurel, she found out that SoldierStrong had taken rehabilitative costs down to zero.