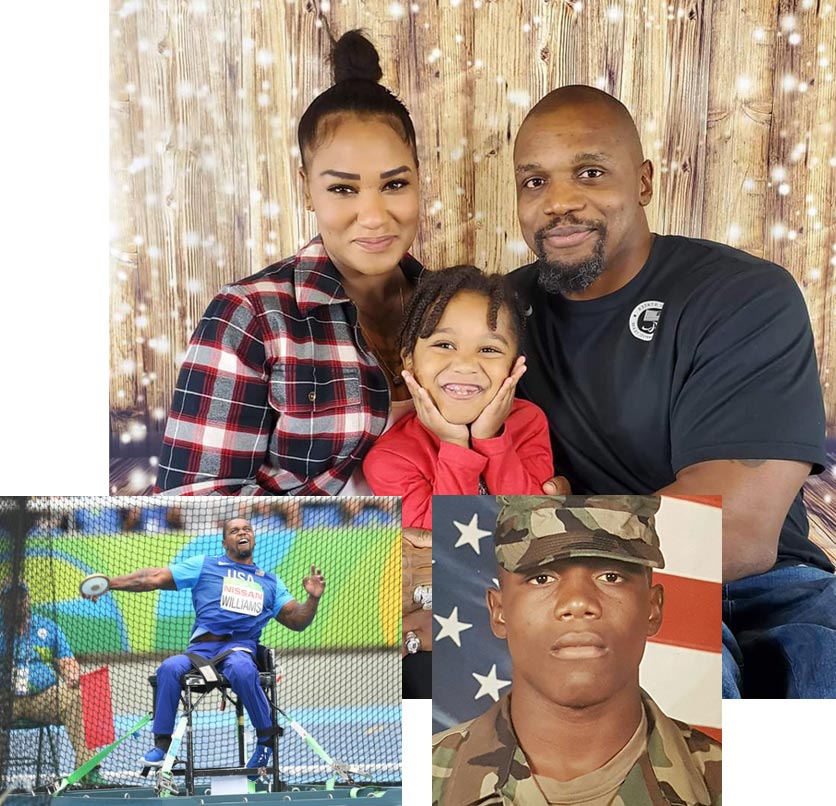 My name is Johnnie Williams and I joined the Army right out of high school and served for 2 years (2001-2003) as a 31sierra (satellite operator/maintainer), I did 1 tour in Iraq and I sustained my injury there in a humvee accident. My injuries included a compression fracture at my L2/L3 vertebrae, broken pelvis, severed artery in my leg, punctured both lungs, and sustained a slight brain injury.

The reason I joined the Army was because I didn’t have a lot of choices coming out of high school and I also wanted to have a chance to travel the world. Getting injured at 20-year-old was a hard adjustment and the next few years would prove to be trying. I spent a lot of time self-medicating, no drugs, just heavy drinking and partying to distract myself from reality.

With everything that was happening I did manage to get married, get some college credits in, also get involved in some adaptive sports, and some mental health counseling. With everything that was happening, my wife and I decided to leave Florida and start anew. Since getting to Oklahoma in 2012 I have been a discus thrower and became a Paralympian, I have a son who is now 5 years old, tried my hand at rowing, and brought a house.

I first heard about SoldierSuit from a therapist at the VA hospital, they thought I would be the perfect candidate for a suit. It was very hard at first, only making a few steps before I had to stop, but I would get better and better after each session. I feel amazing to be able to look someone in the eyes over the top of their head. It felt amazing to hear people say, “man, I didn’t know you was that tall.” I remember the first time I got my home unit and the first thing I did was look out of the peep hole; I could’ve cried I was so excited. Sometimes when I put the suit on, my son looks up at me and says, “dad I’m going beat you.” And that makes all the effort worthwhile.

It feels amazing to be able to look someone in the eyes and over the top of their head. I would hear people say, “Man, I didn’t know you were that tall.”