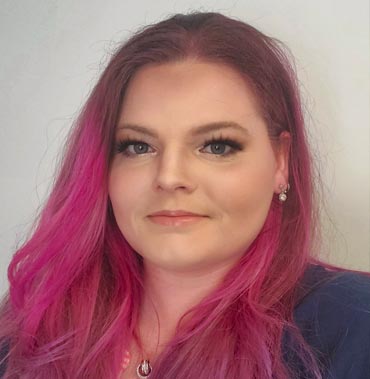 Kala Hagen was born and raised in Pensacola, Florida and is currently pursuing a Master of Science in Foreign Service at Georgetown University. She has been happily married to her husband, Alex, for just over four years and together they have two adorable dogs and two cuddly cats. Before starting her graduate education, she served as Cryptologic Language Analyst specializing in Arabic and Somali. Her military career spanned nine years from 2011 to 2020. She earned her Bachelor of Arts in Anthropology from the University of Florida in 2019, attending classes online while she was active duty.

While in the Navy, Kala was stationed at the Defense Language Institute in Monterey, California, Fort Gordon, Georgia, the Defense Language Institute – Washington, and Fort Meade, Maryland. She also had the good fortune to be selected for several language immersion programs, including spending a month in Rabat, Morocco and attending Middlebury College’s Summer Language Program in Oakland, California.

During her time at Georgetown, Kala will concentrate on international development in the Middle East and Africa and takes a specific interest in reducing the factors that contribute extremism and terrorism. After finishing her studies, she aspires to serve with the State Department or USAID to make the world a safer and more just place.