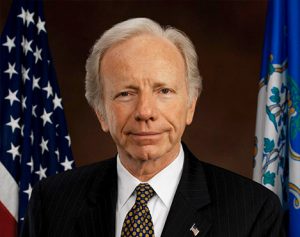 Now Senior Counsel at the law firm of Kasowitz, Benson, Torres, and Friedman in New York, Joseph I. Lieberman was for 24 years a member of the U.S. Senate from Connecticut. At the end of his service in January 2013, he was Chairman of the Homeland Security and Governmental Affairs Committee, and a senior member of the Armed Services Committee. Through both Committee positions, he became a leader in protecting the security of the American people and supporting American international leadership. Senator Lieberman is known as a national leader who works across party lines to get things done and who speaks his conscience regardless of the political consequences. Before his election to the Senate in 1988, Senator Lieberman served 10 years in the Connecticut State Senate and 6 years as Connecticut’s Attorney General. In 2000 he was the Democratic candidate for Vice President of the United States.

Senator Lieberman is married to Hadassah Freilich Lieberman. Together they have four children and 13 grandchildren.

“The sacrifices of the young men and women who have served our country so well must never be forgotten. In fulfilling its mission to help service members take their next steps forward, SoldierStrong makes clear in very concrete and meaningful ways we haven’t forgotten their sacrifices, nor have we forgotten our obligations to them. I’m pleased to join the SoldierStrong Advisory Board to support this mission and help expand its reach to all those veterans who need our support.”
– Senator Joseph I. Lieberman