Those deployments have created a significant number of relatively young veterans with mental health issues including PTS and depression.

More Vietnam veterans have been lost to suicide than were killed in combat. The post-9/11 generation is on track to match this statistic.

To reduce that number and provide veterans with urgently needed options for PTS (Post-Traumatic Stress) treatment, SoldierStrong is partnering with the Veterans Administration to offer StrongMind, a revolutionary virtual reality therapy program that leverages cutting-edge technology to make therapy not only as effective as possible but also more appealing to younger generations.

Many veterans and active service members are haunted by memories of specific disturbing events that occurred during combat. Oftentimes they avoid those memories — and anything that triggers them — at any cost. That avoidance takes a heavy toll over time.

“They walk around angry all the time,” said Albert “Skip” Rizzo, PhD, director of Medical Virtual Reality at the Institute for Creative Technologies at the University of Southern California. “They don’t want to talk to anyone about it, they don’t want to even admit they have a problem.”

Exposure therapy, which involves using the imagination to recall the troubling event and talking through it with a therapist, is a proven PTS treatment strategy. But veterans, especially those with depression in addition to PTS, often have a hard time willingly summoning those memories. Virtual reality therapy changes the equation.

StrongMind’s VR software includes 14 different “worlds,” from a crowded Iraqi marketplace to a remote Afghan village, a checkpoint in the desert to a forward operating base in the mountains. The therapist can choose a world and customize it, recreating the scene of the traumatic incident in the VR headset and putting the veteran right back in the thick of it.

Reliving your worst nightmare isn’t easy — Dr. Rizzo calls virtual reality exposure therapy “hard medicine for a hard problem” — but doing it in a safe, supportive environment can help people open up about the incident and process their emotions around it.

“It gets them to talk about things they’ve never talked to anyone about before,” said Dr. Rizzo. In the end, he said, “those memories don’t have the same intense, painful emotional power that they did before. Patients start to feel empowered, to feel that they got it out, and that they can talk about it.”

SoldierStrong, working with the VA Innovation Center, has identified major research-focused VA clinics at which to begin deploying the StrongMind VR PTS protocol. As more resources become available and more clinical testing is completed, SoldierStrong will expand deployment of the protocol to VA centers around the country.

For a veteran with PTS, everyday civilian life can be fraught. Spotting a person dressed in Middle Eastern garb at a store or restaurant can generate a fight-or-flight response. Driving is especially charged for many vets. Garbage by the side of the road can trigger memories of an improvised explosive device (IED). Traveling under an underpass can bring back memories of a sniper on a bridge. “You’re always looking for the next shoe to drop,” said Dr. Rizzo. “That might have been a survival skill in combat, but it doesn’t work so well in civilian life.”

Living on edge often strains relationships. “Sometimes people with PTS are difficult to be around, and that’s when their friends start falling away or they get divorced,” said Dr. Rizzo. PTS can alter a person’s relationship with their children, too. A veteran who saw a young civilian killed in combat may not be able to dismiss the memory upon seeing their own child again.

A “Video Game” that Heals

Thanks in part to the popularity of gaming, virtual reality therapy appeals to vets who might shy away from traditional talk therapy.

A key to StrongMind’s effectiveness is the therapist’s ability to customize the world in the headset to closely match the setting of the bad memory, down to the sounds, smells and time of day. From the control panel, the therapist can put the patient in the driver’s seat of a vehicle or in its turret, for example. He or she can generate explosions or make helicopters fly overhead as the patient narrates the story in the present tense.

“You’re completely immersed in that moment,” said former Marine Chris Merkle, who tried the VR therapy after serving three years in Iraq and close to four years in Afghanistan. “You can feel it in your body when you talk, you just feel so tense. You don’t get that normally unless you’re in a really, really deep therapy session…[The VR] hands you your experience.”

Confronting the memory head-on, over and over again, reduces the brain’s response to it, so that ultimately, the veteran controls the memory and not the other way around.

Christopher R. Merkle M.A. is an advocate for veterans, their loved ones, garnering community support for their transition and, reducing the stigma of mental health. A Marine combat veteran who openly challenges the stigma of mental health by sharing his battle with Post Traumatic Stress (PTS) and the benefits gained through the use of technology like Strong Mind and virtual reality to treat PTS. While he is proud of his service to the nation and community in the military, local law enforcement, and Departments of State and Defense he does not believe veterans or anyone should be defined by their past. “You fought for everyone’s Freedom to include our own, now fight to regain or maintain your own happiness and the American way of life”.

Watch Chris describe life with PTS and how VR has been a saving grace for not only himself, but his life at home.
Close

We Need Your Help

Your donation to SoldierStrong will help 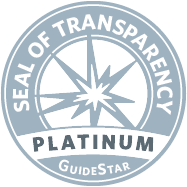