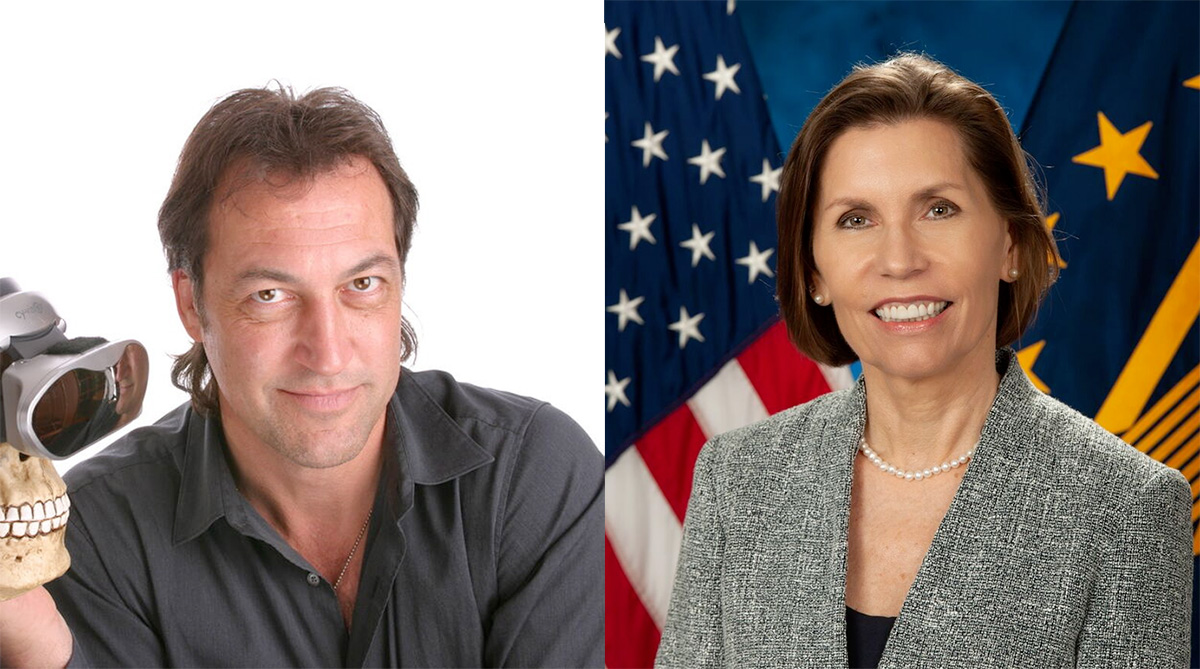 Dr. Barbara Van Dahlen, appointed by the president as executive director of the President’s Roadmap to Empower Veterans to End a National Tragedy of Suicide (PREVENTS) task force, and Dr. Albert “Skip” Rizzo, director of medical virtual reality at the University of Southern California’s Institute for Creative Technologies, were recognized as this year’s co-recipients for their contributions to our country’s veterans, including their commitment to promoting mental health and wellness and medical innovation to improve the lives of veterans.

“SoldierStrong presents the Commitment to Service Award annually to individuals who have demonstrated exemplary and inspirational leadership and provided material support to SoldierStrong’s mission to help service members and veterans, many of whom have suffered catastrophic visible and invisible wounds, take their next steps forward on the battlefield, in the classroom and ultimately in life itself wherever their journey may take them,” said Chris Meek, co-founder and chairman of SoldierStrong. “It is an honor to present SoldierStrong’s 2020 Commitment to Service Award to not one, but two, extremely deserving leaders. Dr. Van Dahlen and Dr. Rizzo have worked tirelessly to leverage their talents and resources in an effort to elevate the standard of excellence in mental health care available to our country’s veterans.”

Van Dahlen was selected as executive director of the PREVENTS task force by President Donald J. Trump in 2019, which is dedicated to building a national strategy focused on improving mental health and preventing suicide among Veterans and all Americans. Named to TIME Magazine’s 2012 list of 100 Most Influential People in the world, Van Dahlen is the founder of Give an Hour, a national nonprofit that provides free mental health care to those in need. A licensed clinical psychologist who practiced in the Washington, D.C. area for over 20 years, she received her Ph.D. in clinical psychology from the University of Maryland.

“Chris Meek and SoldierStrong have become valued partners to PREVENTS over the past year, and working together we will achieve our shared goal of enhancing mental health and wellbeing and preventing suicide among Veterans and all Americans,” Van Dahlen said. “It is both an honor and quite humbling to be recognized by an organization of SoldierStrong’s caliber. I extend my sincerest appreciation for this special acknowledgement and for SoldierStrong’s continued commitment to address challenges that affect those who serve, our Veterans and their families.”

Rizzo serves as Director of Medical VR at the USC Institute for Creative Technologies as a research professor at the USC Department of Psychiatry and at the USC Davis School of Gerontology. Rizzo’s research focuses on the development and use of virtual reality (VR) systems to assess and treat post-traumatic stress (PTS). With his team at ICT, he created the BraveMind VR exposure therapy program used to treat PTS in veterans. The BraveMind program creates “worlds” of combat scenarios, which place veterans back within their memories of combat to work through their post-traumatic stress. The BraveMind technology has been donated to 24 VA hospitals and medical facilities across the country through SoldierStrong’s StrongMind program.

“It is truly meaningful to be recognized by SoldierStrong for my work with medical virtual reality,” Rizzo said. “I am thankful for the thoughtfulness of their recognition, for embracing disruptive technology and ultimately ensuring BraveMind is delivered to Veterans Affairs medical centers across the country through their StrongMind program. I am honored to share in a commitment to improving the lives of veterans and take pride in all that we have accomplished together. To be recognized by a partner organization is a unique distinction and a true honor.”

“SoldierStrong recognizes leaders within various industries, like Dr. Van Dahlen and Dr. Rizzo, not only as a way to celebrate advancements made in bettering the lives of veterans but also to encourage our country’s leaders to continue to keep veterans front of mind in the work that they do and inspire others to find new avenues to benefit our heroic veterans,” Meek said.